Disaster Smart, a leader in the development and implementation of solutions to mitigate hurricane and windstorm damage, has been selected to provide the FORTIFIED Evaluation services for the MyStrongHome pilot sites in Alabama, South Carolina, and Louisiana.

This is a program that advances loans to homeowners to harden their homes to reduce property losses and uses the resulting insurance savings to pay off the loan. The mitigation retrofits are based on  the FORTIFIED Home programs advanced building standards and certification to Bronze Silver or Gold designation. FORTIFIED Homes can qualify for premium credits in many coastal states. Adopting a strategy of preparedness requires that hardening our communities become a primary factor in any economic development plan. A FORTIFIED Home designation requires the homeowner to engage the services of a FORTIFIED Evaluator before during and after improvements are being made. The Certificates are issued by the Insurance Institute for Business and Home Safety (IBHS). FOr more information and to see if you are eligible for a MyStrongHome mitigation loan visit www.mystronghome.net 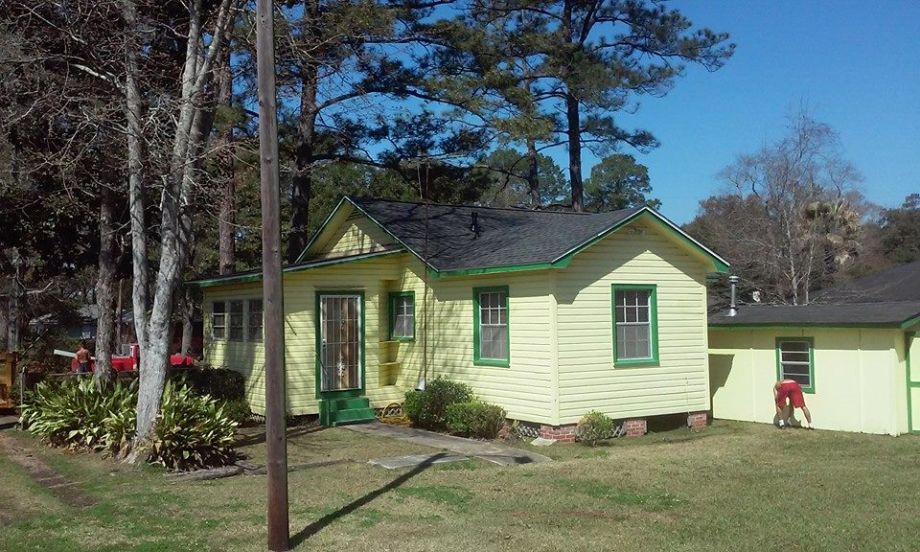 As a native of Mobile, Alabama, Jerryln London has lived through her share of hurricanes, including some memorable ones: Camille in ’65, Frederick in ’79 and Katrina in ’05.

“I refer to life before and after Katrina,” she says. “[After], the cost of living on the coast became so expensive.”

In its wake, the cost of homeowner’s insurance in hurricane-prone locales climbed. In some places, hurricane coverage can now be as much as three-quarters the cost of an entire policy. In 2014, London paid $1,258 a year for wind damage coverage alone.

Not anymore. In Spring 2015, her home was retrofitted through MyStrongHome, a program that helps homeowners affordably stormproof their houses to better withstand extreme weather. Instead of paying for construction up front, homeowners pay back retrofitting costs with the money they save on insurance after the house is less risky to insure.

The program’s director and founder, Margot Brandenburg, got the idea when she worked at the Rockefeller Foundation and staffed a commission on increasing New York State’s resiliency after Hurricane Sandy. She felt too few investment opportunities existed for the private sector to contribute to disaster resilience. (MyStrongHome is currently a nonprofit, but will become a private company.)

A friend who had worked with the New Orleans Redevelopment Authority advised her: “You need long nails.”

“There are fairly low-tech things you can do to a home that will make it dramatically more capable to withstand a hurricane,” says Brandenburg. “If you’re pricing your insurance correctly, you should get enough savings on your insurance bill to pay for the installation.”

Brandenburg cites home solar company Solar City as another example of MyStrongHome’s approach. Despite the promise of long-term savings and environmental benefits of solar panels, installing a system can be a pain, and upfront costs dissuade homeowners. Both MyStrongHome and Solar City seek to offer end-to-end solutions that allow homeowners to pay back installation costs over time using savings.

Last spring, MyStrongHome retrofitted 30 homes in Louisiana, South Carolina and Alabama — including London’s — as part of a pilot program. Official launch is set for early 2016. Homeowners in vulnerable coastal areas, with houses in good condition for renovation, are eligible to apply.

If they meet qualifications, MyStrongHome will take the process from there: scheduling a home inspection, hiring the contractors, and working with their insurance partner, SageSure, to secure insurance credits based on the expected reduction in hurricane losses. The program is targeting homes that could see 50 to 75 percent reductions in modeled losses from wind and hurricanes after renovation.

Homes are retrofitted to the standards of Fortified, a three-tiered certification programdeveloped by the Insurance Institute for Business and Home Safety. At the bronze tier of certification, roofs are strengthened and often replaced altogether.

“People with old roofs are paying the most [for insurance] on average, and have the greatest potential to save,” says Brandenburg.

The program, however, won’t be able to help homeowners achieve the highest level of certification. During the pilot, MyStrongHome experimented with retrofitting homes to higher levels — which include stormproofing windows, doors and more — but found it wasn’t cost effective.

“As a public policy goal you’d like everyone to be as protected as they can be,” says Brandenburg, “but we’re constrained by the universe of measures that can pay for themselves over time.”

After retrofitting, homeowners send a monthly check to MyStrongHome, which passes on a new, lower payment to the insurance company and keeps the difference to pay down the construction bill. After that’s paid off, homeowners pocket the savings.

“MyStrongHome is one of a kind,” writes SageSure CEO Terrence McLean in an email. “We have not seen anyone attempt to combine all aspects of the mitigation process into a seamless solution.”

Right now, says Brandenburg, home stormproofing isn’t well reflected in insurance premiums. She’d like to see pricing more adequately take into account actual risks to homes and what people have done to fortify them, in the same way that adding a locked gate to an outdoor pool reduces insurance premiums. “That creates the right incentives for people to make those investments,” she says.

After working with MyStrongHome, Jerryln London’s insurance premium went from $1,258 per year to $827. And the cost of her new roof, which earned her a bronze certification, was a little over $4,000.

“In my opinion it’s a no-brainer,” she says. “Because you get your house repaired, you’re going to spend the same amount of money you were paying before, and after it’s paid off then you will see the reduction. And it also gives you peace of mind because you know your house can sustain a certain amount of wind.”

Ultimately, resilience and sustainability goals aside, that peace of mind is an important element of MyStrongHome.

Brandenburg says she was surprised when a marketing test with people in the program’s target audience revealed that “resilience had a negative connotation.”

“People heard ‘resilience’ and basically heard policymakers telling them to suck it up,” she says.

But a new roof?

“Something I had underappreciated from the beginning was how much variability and distrust there is … in home upgrade,” says Brandenburg. “Having a really high-quality roofer come in and do the work quickly and professionally and on time, it was really valued by people.”